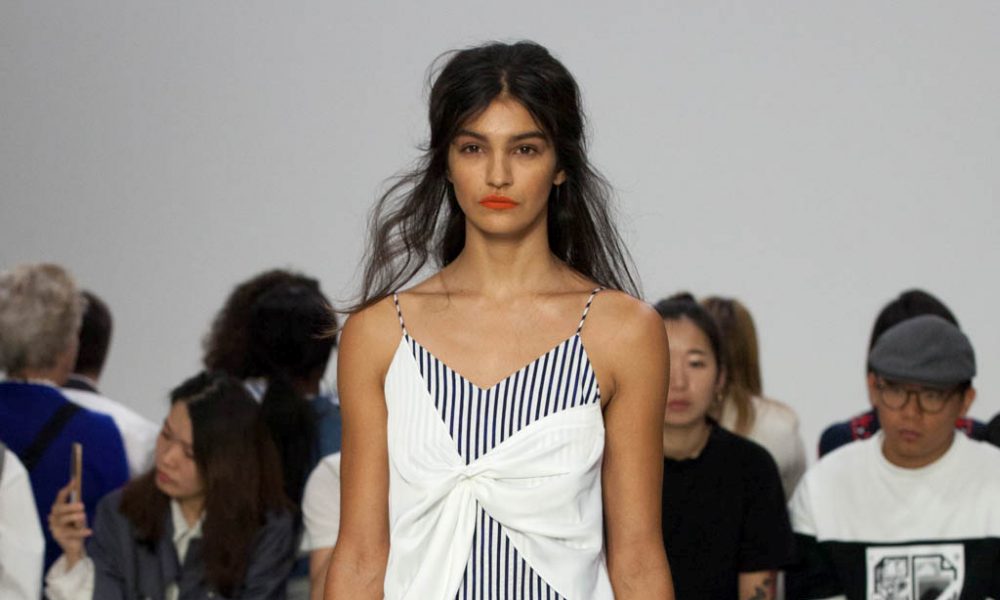 THEO VII STUDIO presented their collection during London Fashion week at Fashion Scout for the second time this season, drawing inspiration from the Maasai – as their clothes and culture reflect the aspiration of symbiosis between humans and nature.

The label is known to combine between menswear and womenswear, due to the fact that the co founders, Miao Ho, Yui Ding and Tan Xue Yi have womenswear and menswear background. This season the collection leaned more towards the feminine side with very wearable dresses and skirts in traditional Maasai ‘Shúkà’ – the Maa word for the traditional style of wrapped sheets around the body and one piece garments known as ‘kanga’, a Swahili term. We also saw wide leg trousers, wrap blazers and stripes as a key feature appearing in the collection in the most refined way, mostly as s soft touch adding to the cool and modern take.

This season, Theo Vii Studio introduce footwear and accessories. In keeping with the traditional Maasai sandals, styles are woven with bead jewellery which have a long history among the tribes who articulate their identity and position in society through body ornaments and body painting.

Each Other x Austyn – Backstage