SONGZIO – A STORY OF COVETED COLLABORATIONS 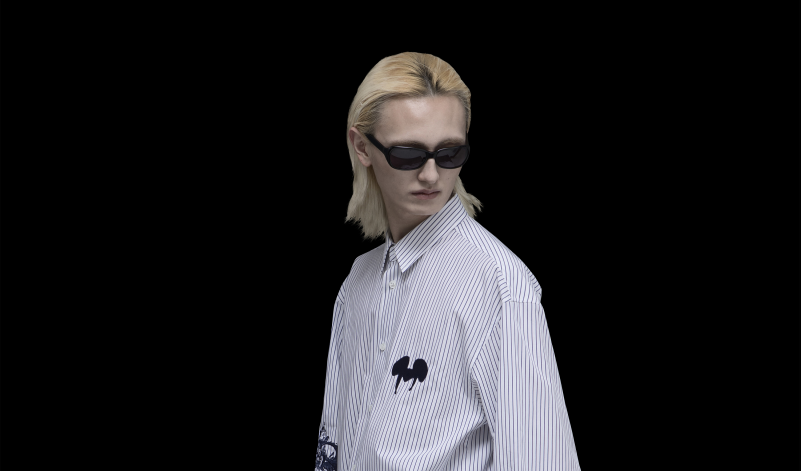 SONGZIO’s first collaboration, which in some ways rejuvenated this 30-year legacy brand back into the youth’s spotlight, was with Disney for its 20SS collection. Using the somewhat underappreciated origin character “Oswald” along with other old school Disney characters, Jay Songzio created this collaboration’s own original artwork.

In fact, SONGZIO is a brand that starts every season on a canvas rather than on a piece of paper, to create the season’s artwork that would serve as the heart of the collection. This process was evidently brought on to this special collaboration as well in order to achieve the most authentic collaboration, not simply a brand on to another. This artwork was then meticulously embroidered, and silk screened from SONGZIO’s in house artisanal ateliers in Seoul emphasizing the savoir faire of this youthful legacy brand.

SONGZIO x Disney collection, which started very small, sold out in just one evening selling about 3000 pieces within the first hours of the launch. SONGZIO then quickly expanded this collaboration to a wider range of designs for the season.

This collaboration became a turning point for SONGZIO, playing an important role in the brand’s new creative director Jay Songzio, successfully reviving the youth appeal of the brand.

While Disney at first seemed like a mismatch for SONGZIO given the brand’s dark romantic -even goth like- aesthetics, Tim Burton was from the very start a perfect match. Using Tim Burton’s original characters from “The Nightmare Before Christmas”, SONGZIO created the collaboration’s series of unique artworks.

After another overwhelming commercial and critical hit, SONGZIO then went on to collaborate with one of Korea’s most well-known stars, MINO for its 21SS season, then Jungnam Bae, one of Korea’s style icons, for its 21FW collection, all selling out within minutes of release and establishing SONGZIO as the “king of collaboration” in Korean fashion industry.

Now to the present, 2022 was another year full of exciting collaborations for the brand.

This seasonal collaboration, which in a way became an integral part of SONGZIO’s DNA, was then adopted by ZZERO (SONGZIO’s youth label created in 2022 by Jay Songzio). For its 22S collection, ZZERO launched “Black Snoopy” collaboration with Peanuts causing yet again a stir in Korea’s fashion scene.

Having shown its first collection in Paris men’s fashion week this June for its 23SS collection, SONGZIO is set to show its first collaboration for the international market very soon.

Each Other x Austyn – Backstage