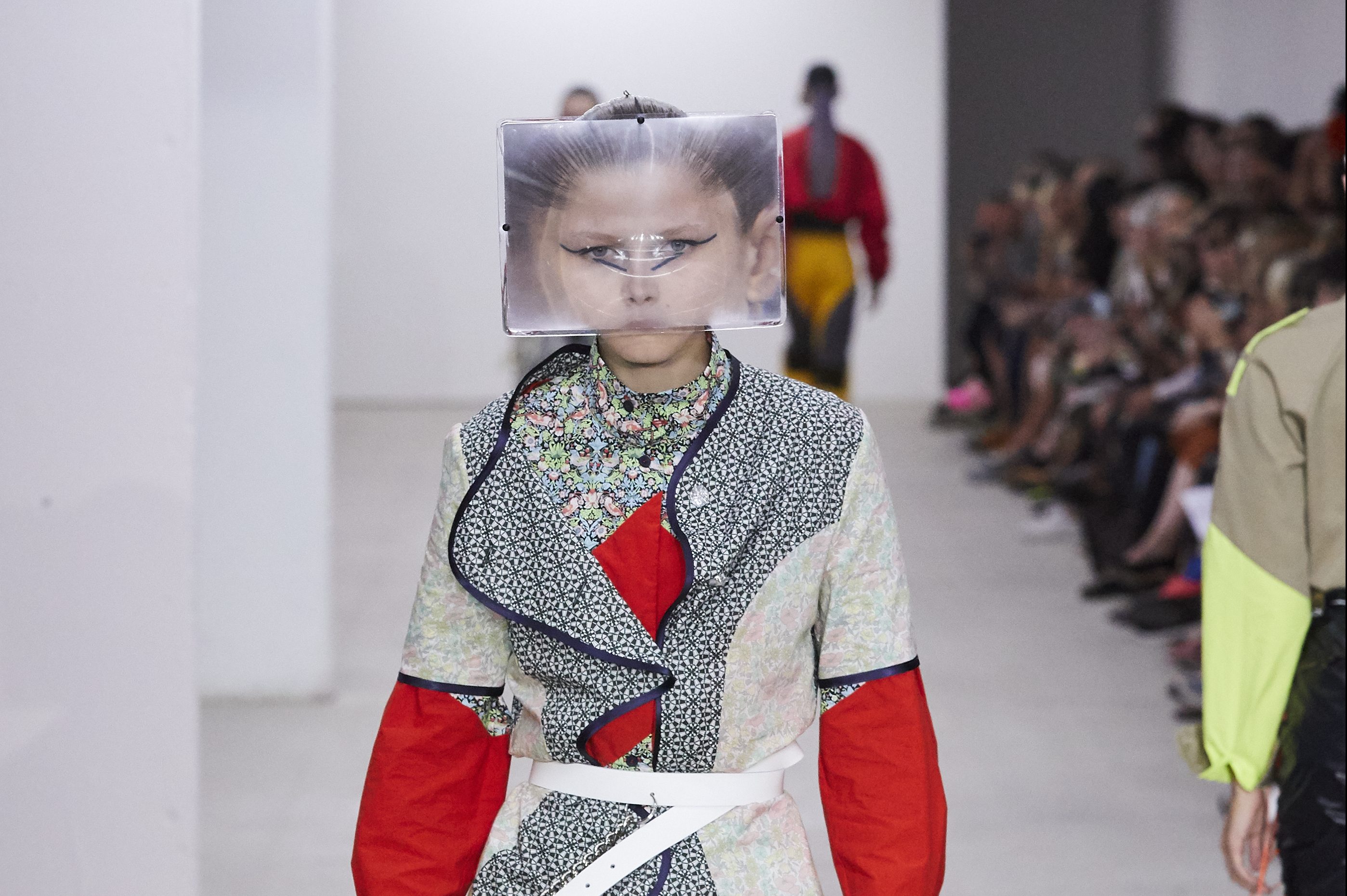 British designer Matty Bovan presented his sci-fi inspired collection ‘Hope + Fear’  at London Fashion Week with a soundtrack of an industrial 80’s tracks, transforming and giving a new dimension to the practical, clinical worker’s uniform through the decorative power of the Arts and Crafts Movement.

The wipe-clean colours of the hospital ward clash with the density and intensity of textile designer William Morris’s palette as standard-issue garments are elevated beyond their workaday origins to become completely different. Eras collide as Victorian puff-sleeved jackets are redesigned with the health and safety colours of construction workers, turning them into asymmetrical, daring and flamboyant pieces.

The dramatic volumes of the ball gown that the designer has been working with for the past few seasons turned this season into sci-fi inspired bomber jackets cut wide and cropped high on the waist, their long sleeves pulled up and puffed up, connecting across time with the Victorian silhouettes elsewhere in the collection.

This collection sees the first original bag designed by Matty, shaped like a kite in the colours of the operating theatre. Shoes by Gina for Matty Bovan include sensible flats that recall those worn by hospital porters with a practical Velcro strap; wedges, heels and boots; and trainers in terry towelling which recalls the fluffy domestic comfort of slippers. The headwear by Stephen Jones for Matty Bovan consists of large lenses as flat as iPads worn across the face, distorting the features and rendering them almost unreal. The wide-framed, metallic-lensed acetate glasses are by Cutler & Gross and the ski socks are by Falke.

‘Rather than allude to a variety of historic themes, this season I’ve brought in very specific elements from the real world, working from a single, distinct starting point – the clean functionality of uniform – also marks a departure from how I’ve gone about this before’ – Matty Bovan