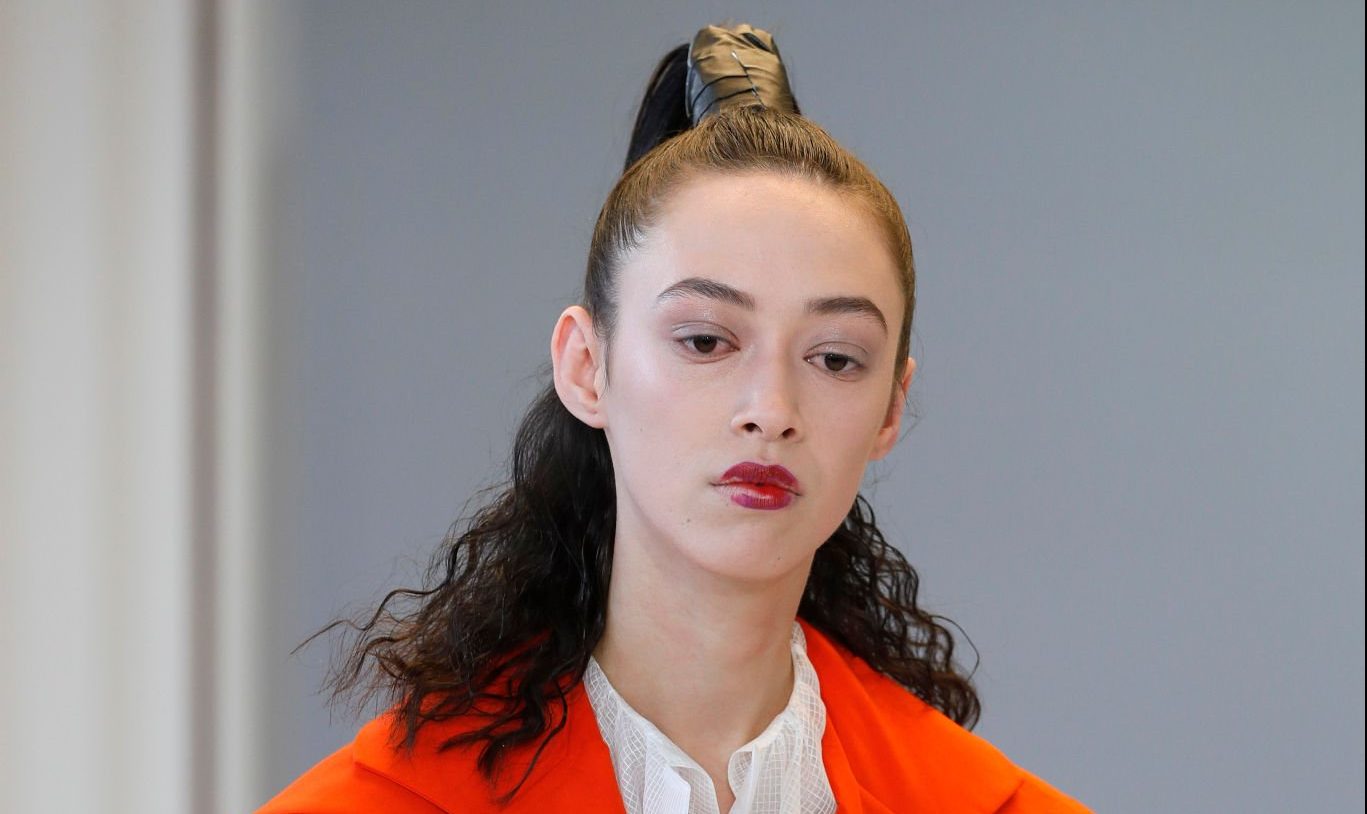 Fashion designer Antonia Goy and architect Björn Kubeja have been part of the Berlin fashion landscape for almost ten years, creating two collections each year, which they show in Paris and New York showrooms.

After the catwalk debut in winter 2017 at the BERLINER MODE SALON, the label presented their second catwalk collection “BORN FREE” during Mercedes Benz Fashion Week Berlin.

The collection takes a step further and is based on childlike curiosity, a blunt openness and unclogged interest in everything supposedly foreign. The attraction to the unknown, slumbering in distant and near-by cultures, leads the designers to approach the roots and foundations of all clothing categories in order to allow the freedom to reassemble familiar contexts. The diversity of cultures is combined in the simplest geometric basic forms, such as kimono, kaftan, sari or hijab. The diversity lies in the way the respective culture deals with it: graphically wrinkled in Asia, virtuously and tightly wrapped in India, knotted and draped in Africa, flowing and remote in Arabia.

It is the yearning for completeness, diversity and freedom that accompanies the new summer collection. The designers combine their European skills with western clothing details such as button plackets, collars, cuffs, lapels and tailored silhouettes.

With asymmetric designs, the designers build architectural volumes to redesign the proportions with sharp silhouettes. The flowing clothes are contrasted with apron-like throws, the smooth falling surfaces of blouses and coats pierced by loops and button plackets. Elegantly-wrapped trousers and skirts highlight the silhouettes with slits and pleated inserts from the background.

Since 2016, the ANTONIA GOY label belongs to the selection of German fashion designers of the BERLINER MODE SALON, curated by VOGUE editor-in-chief Christiane Arp.

The brand’s collections are made exclusively in Europe and distributed worldwide in selected boutiques and department stores, including LUISA VIA ROMA and in Berlin KaDeWe.

Copenhagen Fashion Week From the Catwalk